During the ROPME - IHO Workshop concerning the hydrographic activities of the ROPME and Red Sea regions held in Kuwait on 24-27 October 1999, the idea of forming a Regional Hydrographic Commission was raised. The ROPME Sea Area Hydrographic Commission (RSAHC) was subsequently established in Tehran, Islamic Republic (I.R.) of Iran, on 7-10 October 2000 at the offices of the Port and Shipping Organization of the I.R. of Iran, under the initiative of the I.R. of Iran, Sultanate of Oman, Kingdom of Bahrain, Kingdom of Saudi Arabia, Kuwait, Qatar and the United Arab Emirates with Observers from the IHB, United Kingdom, Canada, Pakistan, Republic of Yemen and MENAS. The first Chairman was Mr. M R Ghaderi, Director General of Maritime Affairs at the Port and Shipping Organization of the I.R. of Iran. Main activities include the progress in developing the INT chart scheme, MSI, inter-state co-operation and a number of other regional issues in the capacity building area, including an International Hydrographic Symposium and a MSI course.

Only documents for upcoming, current and previous years meetings are listed left. All earlier meeting documents are available from the IHO Document Archive.

Please see the disclaimer of the base map in the Hydrographic Geoinformation Services. 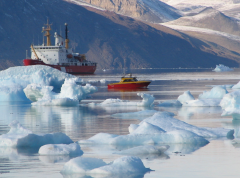 Using hydrography to adapt to a changing ocean 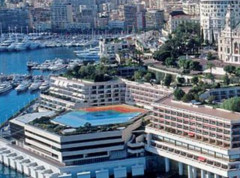