On 16 November 2006 under the initiative of Argentine, Brazil and Uruguay, the constitutional meeting of the South West Atlantic Hydrographic Commission (SWAtHC) took place in Rio de Janeiro, Brazil. The Statutes were signed on 14 December 2006 and the first formal meeting was held in Buenos Aires, Argentina on 10 April 2007. The Commission´s first Chairman was Rear Admiral Andrés Roque Di Vincenzo (Argentine). Paraguay and Bolivia joined as Associate Member and Observer respectively.

Only documents for upcoming, current and previous years meetings are listed left. All earlier meeting documents are available from the IHO Document Archive.

Please see the disclaimer of the base map in the Hydrographic Geoinformation Services. 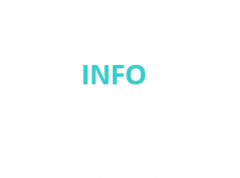 Impact of the coronavirus (COVID-19) on IHO activities